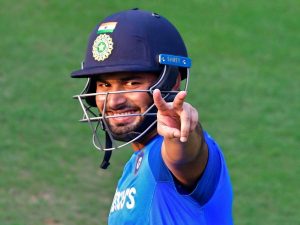 Rishabh Pant was signed by JSW Sports, the sports arm of JSW Group. The multi-year association between the two parties will see JSW Sports manage all commercial interests and marketing rights of the 23-year-old cricketer, who most recently played a starring role in India’s magnificent Test series win in Australia. As part of the association, JSW Sports will manage the athlete’s image positioning and all his commercial engagements, including brand endorsements and appearances, social media monetisation, and business deals.

Ever since its inception in 2012, JSW Sports has worked towards maximising India’s sporting potential by working with promising Indian talents across Olympic sports, football, and kabaddi; including Olympic medalist Sakshi Malik and wrestling star Bajrang Punia.