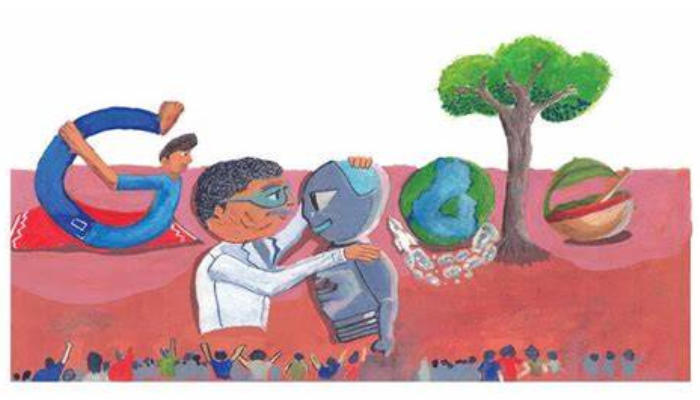 Google announces Shlok Mukherjee as the winner of the 2022 Doodle for Google competition. Sholk Mukherjee is from Kolkata and he was declared the winner for India for his inspiring Doodle titled ‘India on the Centre State’. His doddle is also featured on Google.co.in on 14th November 2022. Shlok Mukherjee has showcased India’s scientific achievements and advancements through his doodle.

What Sholk Mukherjee wrote for Doodle for Google 2022?

While sharing his Doodle, Sholk Mukherjee wrote “In the next 25 years, my India will have scientists develop their eco-friendly robot for humanity’s betterment. India will have regular intergalactic travels from Earth to space. India will develop more in the field of Yoga and Ayurveda, and will get stronger in coming years.”