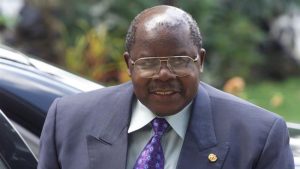 Tanzania’s Former President, Benjamin Mkapa passed away. He served as the third president of the country, from 1995 to 2005, before handing over power to the fourth president Jakaya Kikwete. He held several cabinet posts, such as foreign minister and information minister and also served as ambassador to the United States before he was elected president.