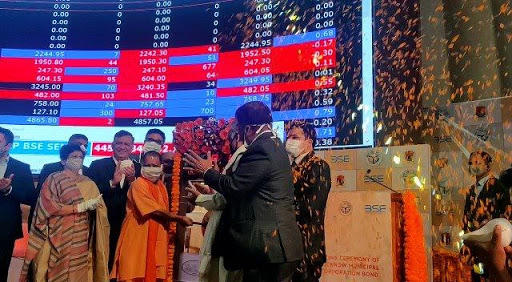 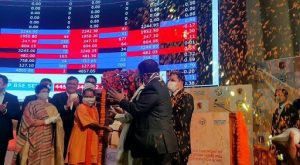 Uttar Pradesh Chief Minister, Yogi Adityanath rang the bell at the Bombay Stock Exchange (BSE), to mark the listing of bonds of Lucknow Municipal Corporation on the exchange. The bonds of LMC were launched on November 13, with a coupon rate of 8.5 per cent and had tenure of 10 years. The issuance had garnered 4.5 times subscription.