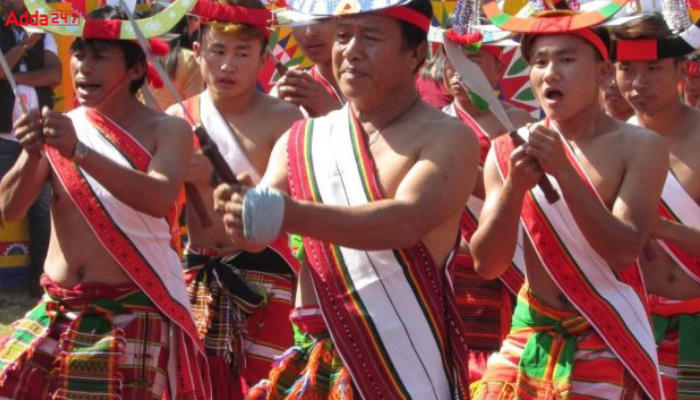 The Gaan Ngai of the Zeliangrong Community celebrated in Manipur. The Gaan Ngai festival is one of the major festivals of Manipur which is celebrated every year after harvesting. The festival also marks the end of the year when the farmers have stored their foodgrains in their granaries. During the festival, the Zeliangrong Community shows their gratitude by offering the Almighty a good harvest and praying for a better and prosperous life in the coming year.

It is a custom to produce new fire by rubbing dry wood and split bamboo pieces and distributing them to every household on the day of the festival to mark the beginning of the new year.

The Gaan Ngai is a post-harvest festival. It is mainly performed by the followers and devotees of the Zeliangrong Indigenous religion of ‘Poupei Chapriak’ and ‘Heraka’.