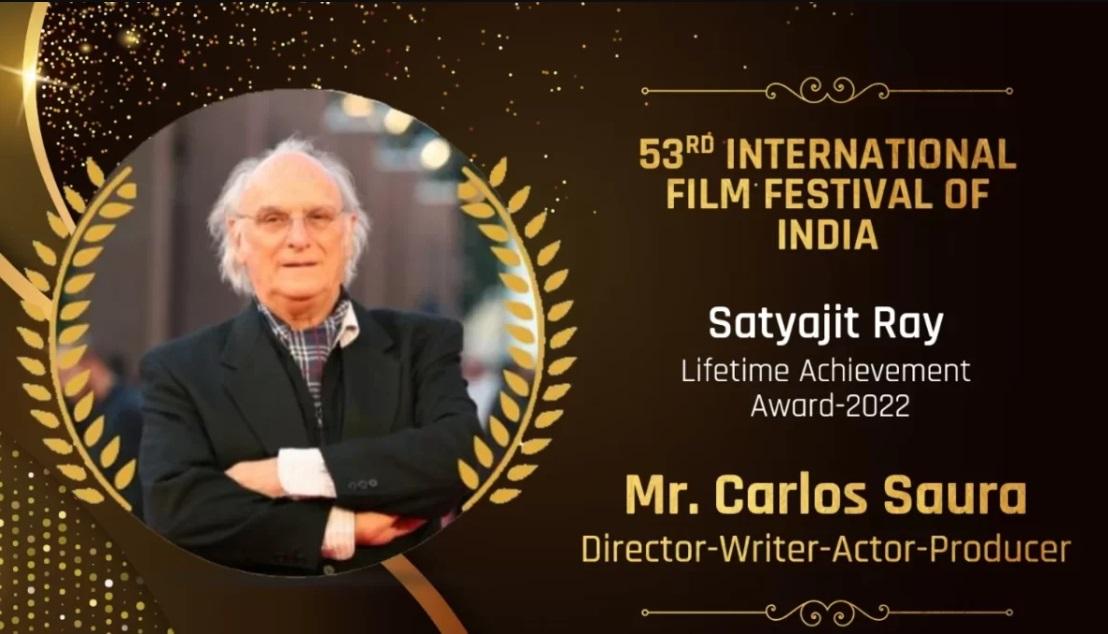 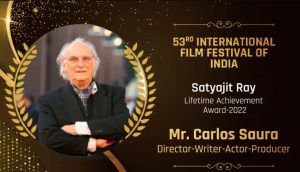 Spanish filmmaker Carlos Saura, who received the Golden Bear for Best Director at the Berlin International Film Festival for Deprisa Deprisa, along with two Silver Bears for La caza and Peppermint Frappe, a BAFTA for Carmen and three awards at Cannes, among several others, will be honoured with the Satyajit Ray Lifetime Achievement Award and an eight-film retrospective at IFFI.

The announcement was made by the Minister of State for Information and Broadcasting, L Murugan in New Delhi. The international section is an important and focused area of this time, and more than 180 films have been selected to screen at the festival. The Minister informed that a children’s film package, suggested by UNICEF, has been introduced for the first time in IFFI, and which would include the screening of about seven films.

About the 53rd IFFI:

The 53rd edition of the International Film Festival of India (IFFI) is set to be held between November 20 and 28. According to the official statement, The IFFI has also announced the line-up for its Indian Panorama segment in which several feature and non-feature films will be showcased.

The Austrian film ‘Alma and Oskar’, directed by Dieter Berner, will open the annual festival while Krzysztof Zanussi’s ‘Perfect Number’ is the closing film.

France is the ‘Spotlight’ country and 8 films will be screened under ‘Country Focus’ package.

The ‘Indian Panorama’ will open with Prithvi Konanur’s Kannada film ‘Hadinelentu’, while ‘The Show Must Go On’ by Divya Cowasji will flag off the non-feature film section. There will be special screenings of Pan Nalin’s Chello Show—The Last Film Show, India’s official entry to the Oscars in the Best Foreign Language category and Madhur Bhandarkar’s India Lockdown.

Three films of 52nd Dadasaheb Phalke awardee (declared in the 68th National Film Awards) Asha Parekh –Teesri Manzil, Do Badan and Kati Patang will be screened as part of the Asha Parekh retrospective.

In the International section, homage will be paid to the film geniuses Bob Rafelson, Ivan Reitman, Peter Bogdanovich, Douglas Trumbell and Monica Vitti.