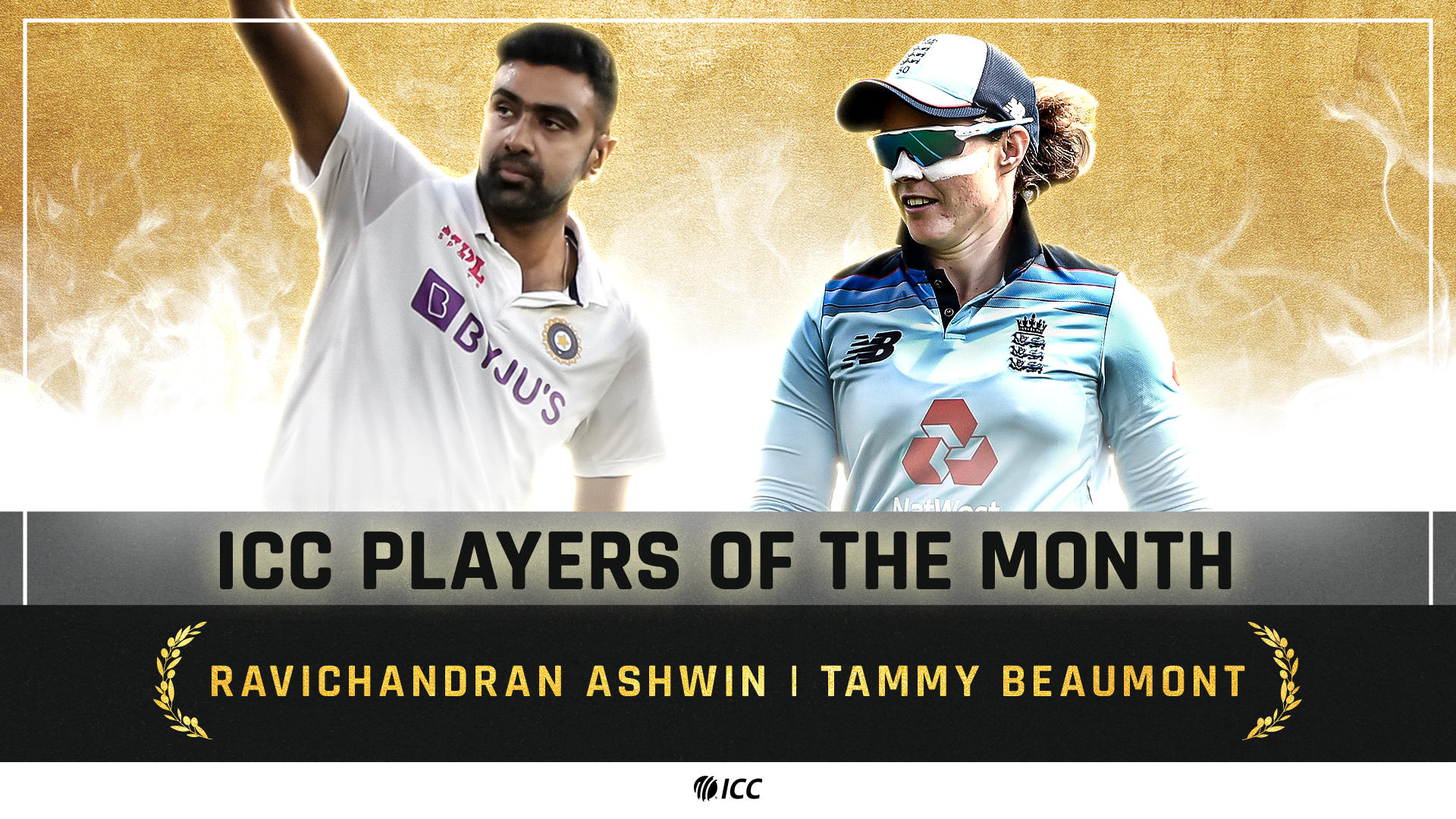 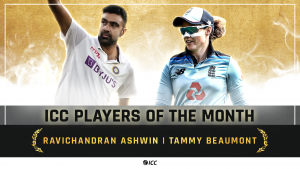 India spinner Ravichandran Ashwin was awarded the ICC Player of the Month award for February, the International Cricket Council (ICC). Ashwin beat England captain Joe Root and West Indies’ Kyle Mayers to the award. Ashwin played a crucial role with bat and ball as India raced to a 2-1 lead over England in their four-match Test series in February before eventually winning the series 3-1 in March. He was the highest wicket-taker in the series with 32 scalps and scored a century in the second Test in Chennai.

Meanwhile, England opener Tammy Beaumont won the ICC Women’s Player of the Month for February. Beaumont was the overwhelming winner after she played three ODIs in February against New Zealand where she passed fifty in each of these, totalling 231 runs. She beat her teammate Natalie Sciver and New Zealand’s Brooke Halliday to the award.