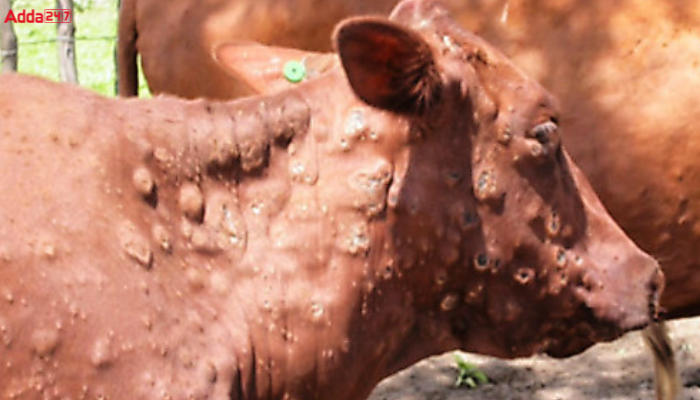 The Notification has been issued after the Government on being satisfied that no cases of Lumpy Skin Disease (LSD) have been reported from any district of the Union territory of Jammu and Kashmir.

The Lumpy Skin Disease Outbreak in India resulted in massive deaths of cattle in India with the number going above 90,000. The Lumpy Skin Disease Outbreak in India started in Gujarat and Rajasthan and in three months cattle in 15 states across India were affected. The Lumpy virus mostly affected cows, buffaloes, and deer. It is transmitted by blood-feeding insects such as certain species of flies and mosquitoes or ticks. The virus causes fever and nodules on the skin and can lead to the death of the cattle.

Lumpy Skin disease is a contagious viral disease that spreads among cattle through mosquitoes, flies, lice, and wasps by direct contact. It can also be transmitted through contaminated food and water. The disease has spread in Gujarat, Rajasthan, Punjab, Haryana, Uttar Pradesh, and Andhra Pradesh. The disease was first reported in India in 2019.