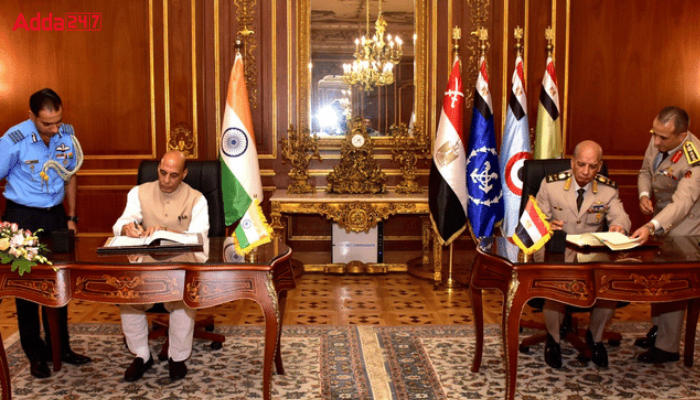 India and Egypt have signed an MoU to bolster defense cooperation and decided to enhance joint military exercises, training, co-production, and maintenance of equipment. The MoU was signed by Defence Ministry of India Rajnath Singh and General Mohamed Zaki from Egypt at a meeting in Cairo.

Key Points related to MoU signed between India and Egypt