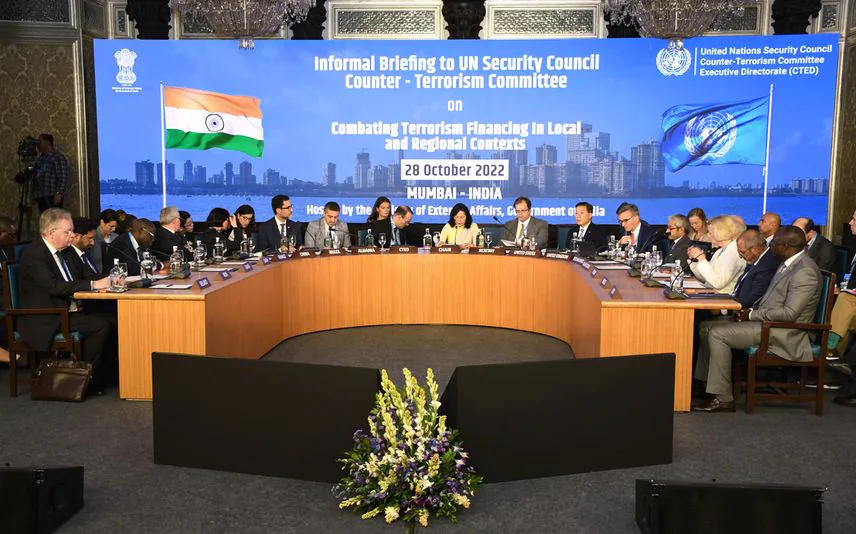 India is going to contribute half a million dollars to the United Nations’ efforts to counter global terrorism at a time when new and emerging technologies used by terror groups are posing fresh threats to governments around the world, the foreign minister said. The announcement was made during the plenary session of the UN Security Council special meeting of the Counter Terrorism Committee (CTC) in New Delhi.

“India will be making a voluntary contribution of half a million dollars to the UN Trust Fund for Counter Terrorism this year to augment the efforts of Office of Counter-Terrorism in providing capacity-building support to member states in preventing and countering the threat of terrorism,” the minister said.

Jaishankar warned about the threat posed by the misuse of new and emerging technologies for terror activities, stressing the need for the international community to adopt measures to combat the threats.

“Internet and social media platforms have turned into potent instruments in the toolkit of terrorist and militant groups for spreading propaganda, radicalization and conspiracy theories aimed at destabilizing societies,” he said in his keynote address.

Jaishankar underlined that the threat of terrorism is growing and expanding despite the UN Security Council’s significant efforts in the last two decades to combat the menace. Jaishankar said that the technologies have also thrown up new challenges for governments and regulatory bodies given the “very nature of some of these technologies and the nascent regulatory environment.”

“UN Security Council, in the past 2 decades, has evolved an important architecture built primarily around the Counter-Terrorism Sanctions Regime to combat this menace. This has been very effective in putting those countries on notice that had turned terrorism into a state-funded enterprise,” the minister said.

“Despite this, the threat of terrorism is only growing and expanding, particularly in Asia and Africa, as successive reports of the 1267 Sanctions Committee monitoring reports have highlighted,” he added.

Jaishankar also highlighted the growing threat from the use of unmanned aerial systems such as drones by terror groups and criminal organizations, calling them a challenge for security agencies worldwide. “In Africa, drones have been used by the terrorist groups to monitor movements of security forces and even of U.N. peacekeepers, making them vulnerable to terrorist attacks,” he added.

British Foreign Secretary James Cleverly reiterated the dangers of unmanned aerial platforms, saying that such systems were being used to inflict terror, death and destruction. “Drones are being used currently to target critical national infrastructure and civilian targets in Russia’s brutal invasion of Ukraine,” he said. “This is why we have sanctioned three Iranian military commanders and one Iranian company involved in the supply of drones.”

The special conference kicked off in Mumbai, which witnessed a ghastly attack by Pakistan-based terrorists in 2008 that left 140 Indian nationals and 26 foreigners dead. This is the first time such a conference is being held outside of the UN’s headquarters in New York.

India and the United States sought the sanctions earlier this year. China put the proposed listing of the two terrorists for sanctions on hold on technical grounds, saying it needed more time to study their cases.