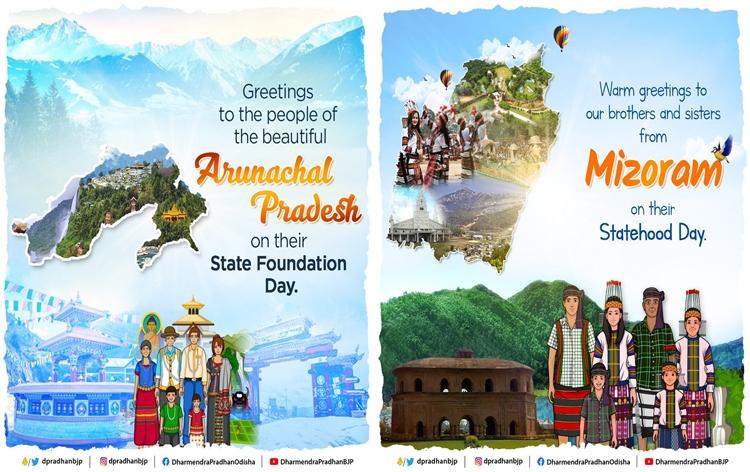 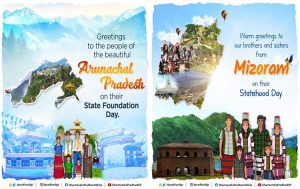 Northern States Mizoram and Arunachal Pradesh celebrate their Foundation Day on February 20, since 1987. Arunachal Pradesh is the extreme northern part of the country, which is also known as the ‘land of the rising sun’. The state at the edge of the Himalayas is proud to be called the land of dawn and lit mountains. Arunachal Pradesh became the 24th state of India.

Mizoram was declared as a separate UT in 1972 under the Northeast Areas (Reorganisation) Act, 1971. It became the 23rd state of India after the 53rd Amendment to the Indian Constitution, 1986. Mizoram, as well as the state of Arunachal Pradesh, came into existence on 20 February 1987.