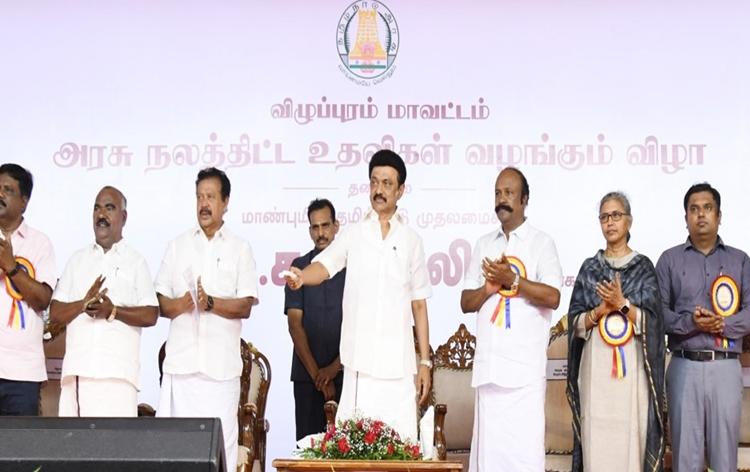 M.K. Stalin, the Deputy Chief Minister, launched a Periyar memorial samathuvapuram at Pilipakuttai in Namagiripettai panchayat union. Allottees were given the keys at the function. 100 dwelling units with all basic amenities were built at the cost of 2 crores 88 lakh rupees. Stalin, who gave Rs. 30.42 crore in financial assistance and other benefits to 2,671 Namakkal residents, said that the current administration has issued loans totalling Rs. 8,080 crore to 3,24,024 women self-help groups across the state.