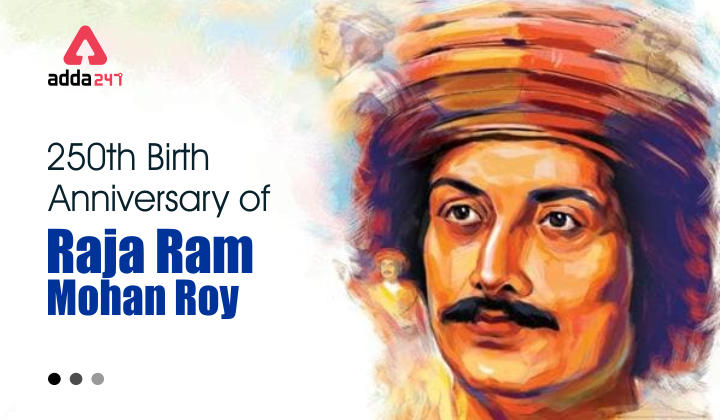 The 250th birth anniversary of Raja Ram Mohan Roy was celebrated and commemorated by the Ministry of Culture under the Azadi ka Amrit Mahotsav. The ministry of Culture organized an inaugural ceremony on 22nd May 2022. The inaugural ceremony was organized at the Raja Ram Mohan Roy Library Foundation, Salt Lake, Kolkata, and at Science City Auditorium, Kolkata.

According to the press release by the ministry, it was the 250th birth anniversary of Raja Ram Mohan Roy and the 50th foundation day of the Raja Ram Mohan Roy Library Foundation. Several ministers including the Governor of West Bengal, Jagdeep Dhankar were also present at the inaugural ceremony. The union minister of culture, tourism, and development of the North-eastern Region (DoNER), G Kishan Reddy, also joined the ceremony virtually.

Largest Statue In The World

Raja Ram Mohan Roy was born in Radhanagar, Hooghly District, West Bengal. He studied in Patna and completed his higher studies. He studied Persian and Arabic during this time. He read Qur’an and when he went to Varanasi he studied the Vedas, the Upanishads, and Hindu philosophy. He also studied Christianity and Islam. In 1814, he formed Atmiya Sabha, The Calcutta Unitarian Association in 1821, and the Brahmo Samaj in 1828. He fought for the rights of women which included the rights of widows and widows to remarry and the right for women to hold property. His continuous efforts lead to the Abolition of Sati Pratha in India in 1829. He also fought against the caste system, Untouchability, superstition, and the use of intoxicants. His revolts attacked child marriage, the illiteracy of women, and polygamy. He also started a Bengali newspaper, called Sambad Kaumudi, which worked to degrade sati.

Who is known as the father of the Indian Renaissance?

Raja Ram Mohan Roy is known as the father of the Indian Renaissance. He was named so by Gopal Krishna Gokhale for his prominent contribution to the Indian freedom struggle.

What were the newspapers started by Raja Ram Mohan Roy?

What were the social reforms brought by Raja Ram Mohan Roy?