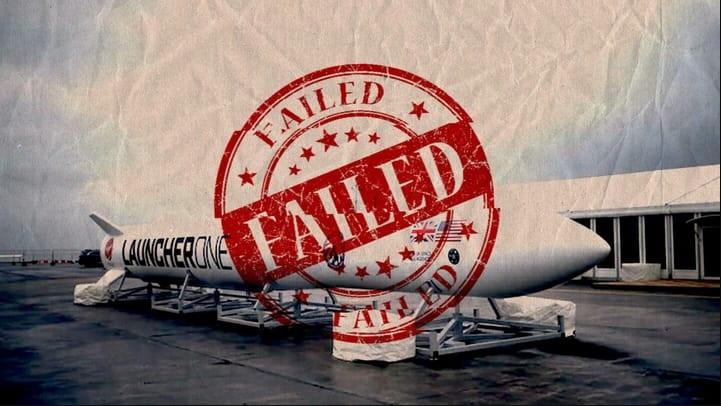 The mission had been dubbed “Start Me Up,” channeling the Rolling Stones to herald a new era of British space travel. The rocket was set to make history, carrying satellites on what would be the first-ever orbital launch from the U.K. . But Virgin Orbit says its Launcher One rocket “experienced an anomaly” just before it could deliver its payload, and the craft was lost. Now, officials say, they’ll start again, noting that the mission set a new precedent for the U.K. and proved the viability of their long-term plans.

The setback came on the precipice of success

The craft came tantalizingly close to completing its mission, needing just one more successful phase of engine burn before releasing its satellites into orbit. But the craft had suffered an anomaly which prevented it from making orbit for this mission.It wasn’t clear what might have caused the anomaly, or how it put a premature end to what had been a highly anticipated launch — a vital step in the UK Space Agency’s ambitious plan to become a major player in the spaceport and satellite-launching business.

The launch plan for Launcher One called for it to be carried to an altitude of 35,000 feet by Cosmic Girl — a Boeing 747 that Virgin Orbit converted into an aerial launch tool. The aircraft took off from Spaceport Cornwall in southwest England, and safely returned to its landing strip after releasing Launcher One.

For a time, Launcher One performed exactly as planned: after separating from Cosmic Girl, its first-stage engine, NewtonThree, ignited and blasted the craft above the threshold of space.
After a successful stage separation, Launcher One’s second-stage engines lit up to take it closer to the satellites’ desired orbit level. The craft also shed the fairing around its nose, to prepare for the looming payload separation. It cut its engine as it began to coast halfway around the Earth.

Then came the “barbecue roll”

While coasting, Launcher One also started rotating in the sunshine, in a maneuver NASA has long called passive thermal control — but for seemingly just as long, it’s been known by a catchy nickname: the “barbecue roll.” The goal is to expose all sides of a spacecraft to the sun, like a rotisserie above a fire’s flames. The plan called for the engine to reignite so engineers could ensure the satellites were deployed at their target altitude of 555 kilometers in a sun-synchronous orbit, or SSO. But the craft didn’t reach orbit. 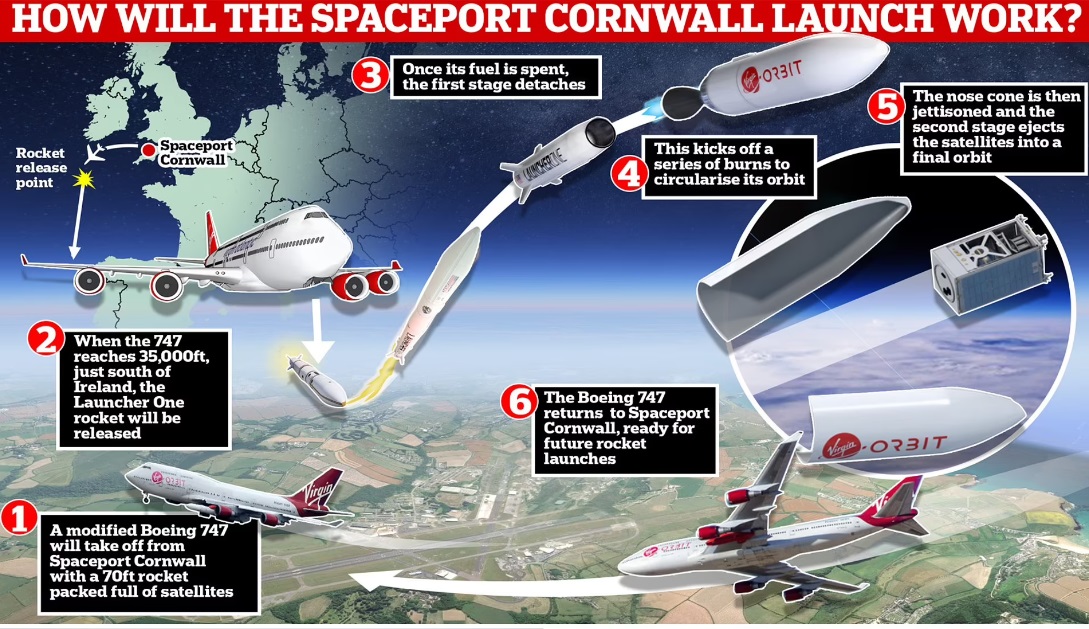 The failure resulted in the loss of nine satellites. Those payloads are an in-orbit manufacturing experiment by the U.K. company Space Forge; several U.K. defense cubesats, including two for studying the ionosphere, the upper layer of Earth’s atmosphere where space weather occurs; and an experimental global navigation satellite co-funded by the European Space Agency.
Despite this, the project has succeeded in creating a horizontal launch capability at Spaceport Cornwall, and we remain committed to becoming the leading provider of commercial small satellite launch in Europe by 2030, with vertical launches planned from Scotland.

A Sun-synchronous orbit (SSO), also called a heliosynchronous orbit, is a nearly polar orbit around a planet, in which the satellite passes over any given point of the planet’s surface at the same local mean solar time. More technically, it is an orbit arranged so that it precesses through one complete revolution each year, so it always maintains the same relationship with the Sun.