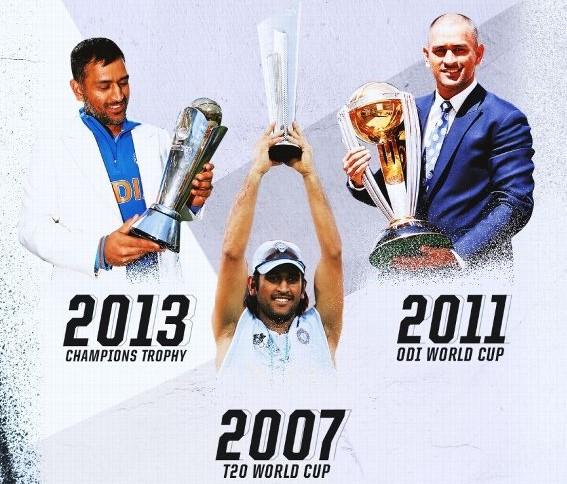 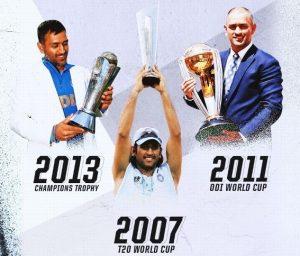 Mahendra Singh Dhoni made his international debut as the wicket-keeper batsman in 2004 against Bangladesh and was named the captain of the Twenty20 side in 2007. In the same year, he guided the Indian team to win the inaugural World Twenty20 title which was held in South Africa. Eventually, he was named as the ODI captain of the Indian cricket team, followed by ascending to full-time Test captain after the retirement of Anil Kumble. He led India in 200 ODIs, 72 T20Is and 60 Tests.

Mahendra Singh Dhoni is one of the most admired and respected cricketers as well as one of the most successful captains in world cricket. Under his leadership, India won the ICC World T20 in its maiden edition of the tournament held in 2007 in South Africa, the ICC Cricket World Cup held in India in 2011 and the ICC Champions Trophy in 2013 in England. He became the first and is still the only captain till date to have won all three ICC Trophies i.e. ICC World T20, ICC Cricket World Cup and the ICC Champions Trophy. He is also considered as the quickest man behind the wicket, as he has 195 international stumpings under his name, which is the most by any wicket-keeper in the world. He is also regarded as one of the best finishers of the International cricket history.