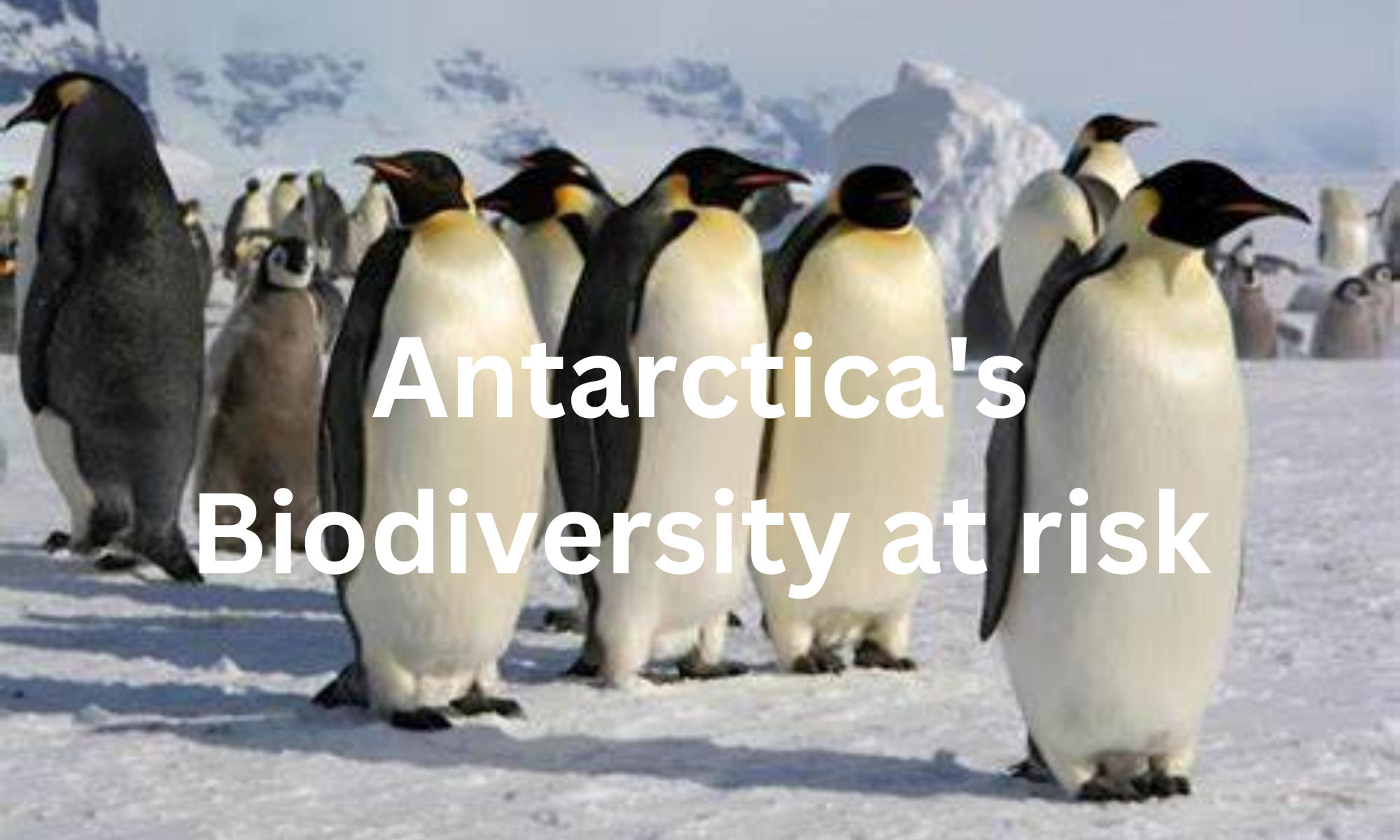 Antarctica’s Biodiversity new research has indicated that more has to be done to safeguard Antarctic ecosystems, and if we don’t make a change, up to 97% of Antarctic species with land-based populations might go extinct by the year 2100. The study, which was just released, also discovered that ten crucial techniques to lessen threats to Antarctica’s biodiversity may be implemented with just USD 23 million annually.

What is causing Antarctica ice melt?

It is expected that Antarctica’s ice-free areas would grow as global warming becomes worse, drastically altering the wildlife habitat. The vegetation and fauna of Antarctica are anticipated to suffer as extreme weather events like heat waves increase in frequency.

Additionally, the yearly influx of scientists and visitors might damage the environment by polluting and uprooting plants and other natural resources. Additionally, Antarctica’s milder climate and increased human tourism foster an environment that is favourable for the growth of invasive species.

Spain passes new transgender law, anyone above 16 can change their gender

Could Antarctica’s Emperor Penguin be Extinct by 2100?

Other Antarctic specialities like the nematode worm Scottnema lindsayae are also predicted to suffer adverse effects from climate change. The species, which inhabits moisture from soils, due to warming and ice-melt since it thrives in extremely dry soils.

Why does Antarctica have no population?

There are no regular passenger flights to Antarctica because of the rough terrain, severe weather, and lack of a permanent population. Most flights are used to supply the bases and transfer research staff. In the event of an emergency, recovering a stranded aircraft is challenging due to a lack of infrastructure.

All things considered, it is improbable that we will be able to establish long-term human settlements there that are supported by agriculture or animals in the near future. But the climate in Antarctica is already shifting. The ecosystem of the continent is changing, according to Chown, as average global temperatures rise.

Who lives in Antarctica?

Gondwana, a bigger land mass that formerly covered the south pole and split from Australasia and South America long before humans arose, included the Antarctic continent. Since around 35 million years ago, Antarctica has been an isolated island without any land connections. According to geological theory, humans are believed to have very recently emerged in East Africa (no more than 5 million years at most). After that, we departed from the family house and travelled to every continent in the world.

For prehistoric peoples to find, Antarctica was already too remote due to its distance, climate, and choppy seas. It wasn’t until 1820 that navigational techniques and human technology advanced to the point that anyone could sail far enough south to even have their first glimpse of Antarctica. Several ill-founded claims that people first stepped foot on the Antarctic continent as early as 1820 exist, however some historians regard the year 1899 as the undisputed first landing. There wasn’t any wildlife when the first people arrived in Antarctica.