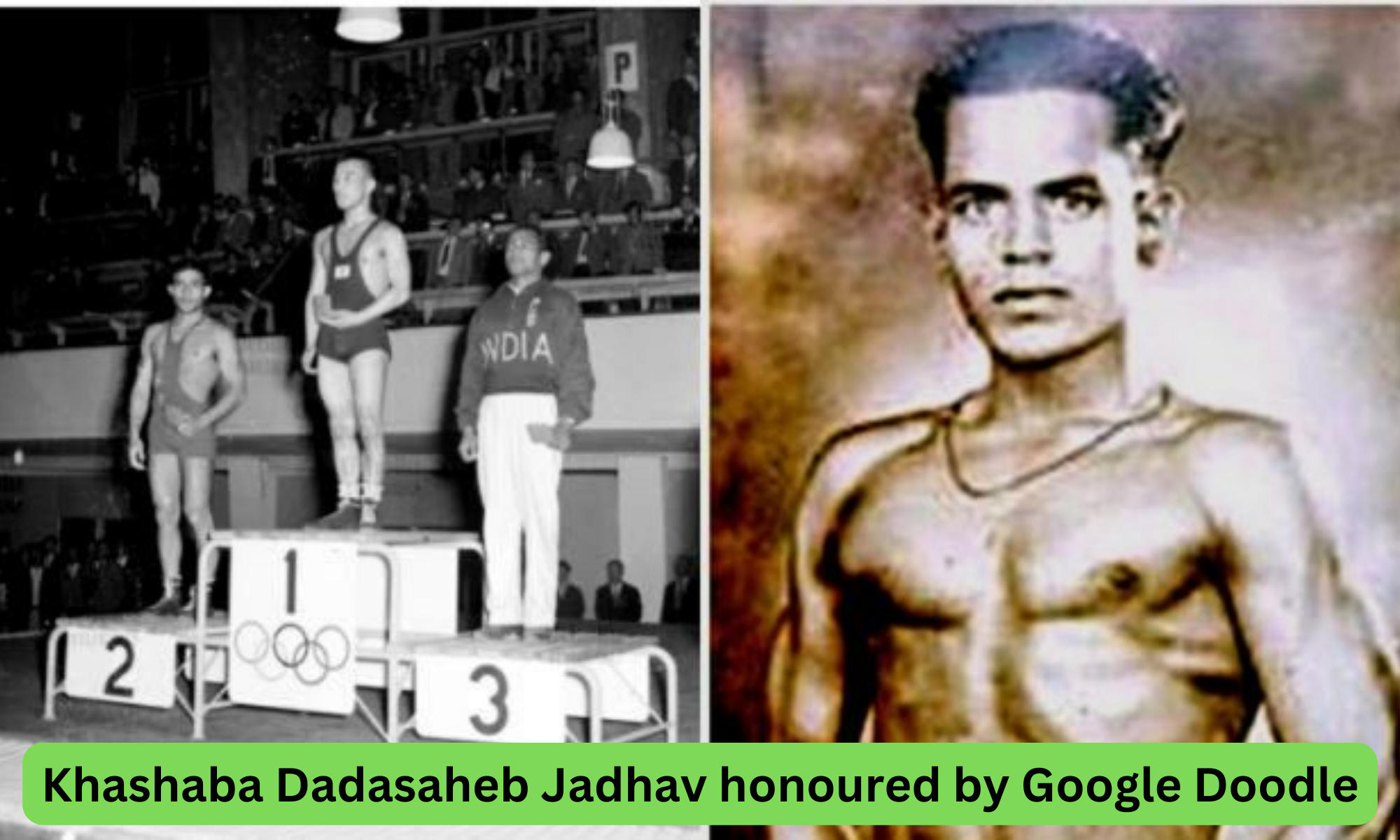 Khashaba Dadasaheb Jadhav, an Indian wrestler, celebrated his 97th birthday on January 15 with a Google Doodle. Jadhav, a.k.a. “pocket dynamo,” is renowned for becoming the first athlete from an independent India to take home an Olympic medal.

Jadhav won multiple wrestling matches held by the police force after joining as a sub-inspector in 1955. In addition to this, he retired as an Assistant Police Commissioner and taught sports to national athletes. Jadhav’s efforts grew hazy with time. The national hero’s life ended in agony when he was killed in a car accident on August 14, 1984. His untimely death was not what he deserved, but his triumphant performance and his earnest efforts will always be remembered.

Khashaba Dadasaheb Jadhav was asked to fight Rashid Mammadbeyov of the Soviet Union after the exhausting match. According to the rules, there should have been at least a 30-minute break between fights, but as there was no Indian official on hand to argue the matter, a worn-out Khashaba Dadasaheb Jadhav failed to motivate, and Mammadbeyov took advantage of the opportunity to go to the final.

Who is the first Indian athlete to win an Olympic medal?

The first Olympian from independent India to win an individual medal was Khashaba Dadasaheb Jadhav or K D Jadhav.

Where was Khashaba Jadhav born?

Khashaba Dadasaheb Jadhav was the youngest of five sons of famed wrestler Dadasaheb Jadhav and was born in the village of Goleshwar in the Karad taluka of the District Satara in Maharashtra State.

How did the people in Khashaba Jadhav village welcome him?

Five fights were won by Khashaba Jadhav in Helsinki. Khashaba was welcomed by the villagers of his village with a parade of 151 bullock carts.